Ann Sweeten’s journey in the performing arts began at the age of 6 in both Music and Ballet in Westfield, NJ. She received a Hammond Organ for Christmas that year after showing interest in keyboards and was soon to master it, though the first year she had to stand to reach the pedals. For her ninth Christmas, she received a Baldwin Piano and soon began intensive study with Russian-born Concert Pianist David Sokoloff. Under his tutelage, she learned to play the music of the great masters. She sites Sokoloff as her greatest mentor, whose influence in developing her technique and in encouraging her musicality, was paramount. All during these years Sweeten was also dancing the classic ballets, Swan Lake, Les Sylphides, Sleeping Beauty, with a Regional Ballet Company in NJ. A Dean’s list scholar throughout academia, Sweeten earned a B.A. from Smith College in foreign languages, graduating Cum Laude, and continued study in Paris and later at the Boston Conservatory.

Sweeten did a brief two year stint as Female Front and lyricist to the Pop/Rock Band: FALLOUT. Then she began appearing on Cruise Ships, in Cabaret Clubs and Resorts playing and singing a wide range of material including Jazz, Pop, Folk, New Age and Broadway music. Sweeten began composing around 1989 in the midst of her Musical Theatre Career, starring in such roles as Aldonza (Man of La Mancha), Sister Amnesia (Nunsense) Miss Mona (Best Little Whorehouse in Texas) and Velma Kelly (Chicago). When she started introducing her own original material to her setlists, the response was overwhelming. In 1997, Sweeten released her debut album, “Prism”. By Sweeten’s third album, “Reflections” (2000), her music was selling on listening stations at major record chains (Borders Books & Music, Sam Goody’s) weekly by the hundreds. Fans began to write in depth of the effect of Sweeten’s music on their lives; speaking of the music as hope, as giving the power of healing or a way of finding peace. She has stated “the fact that my music touches people so strongly is the greatest reward I receive from my music and I have been moved to tears by the personal stories people have shared with me.” Having written over 100 musical scores to date, Sweeten is also author to all of her albums’ liner notes and is a poet in her own right. In 2008, Steinway and Sons welcomed Sweeten into its prestigious international roster of Steinway Artists, touting her, a true Renaissance woman. 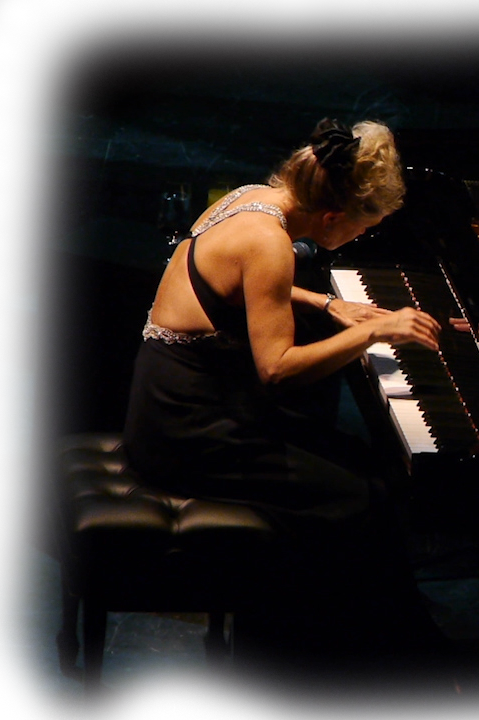 “It is often, people ask me where I get my inspiration. As for me, the pieces almost seem to write themselves. I think it must be then, that the source is divine, and while I play one instrument, I become, yet another.”